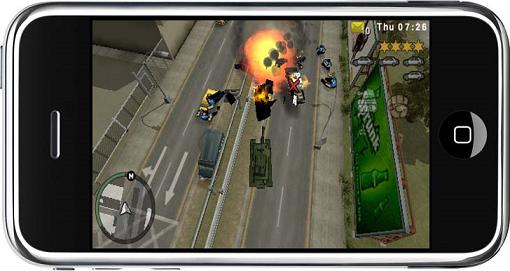 Here’s one to bolster the argument that the iPhone is a bona-fide gaming console; Grand Theft Auto: Chinatown Wars is now available for the iPhone.

The perspective has changed, but the idea remains the same; from a top-down viewpoint players embark on a life of crime, this time with a focus on the Triad syndicate and gang warfare.

In a wise move, the game doesn’t rely on accelerometer controls. Instead, a virtual thumb stick and buttons are put onto the touchscreen. It’s an incredibly faithful port of the game, lying somewhere between the DS and PSP versions.

The £5.99 asking price sure is a steal too; you’re looking at probably at least double that price for the PSP and DS versions.