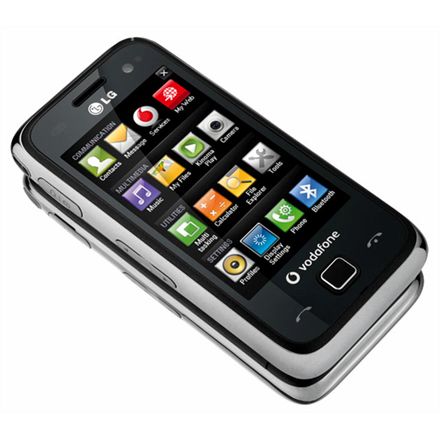 So what do you think will be the dominant smartphone platform by 2013? The iPhone? Android? Maybe BlackBerry? Well according to industry analysts iSuppli, which has just unveiled a report into the future of smartphones, none of the above. Instead it predicts that number one will be Nokia’s Symbian platform – which is not surprise given its huge current reach – with Windows Mobile rising Phoenix like from the flames to take number two.

It predicts that by 2013, 67.9 million smart phones will use the Windows Mobile operating system, which will give Windows Mobile a 15.3 percent share of the global marke. Symbian will stay in top place second with 47.6 percent.

“Windows Mobile is facing a host of challenges, including rising competition from free alternatives like Symbian and Android, the loss of some key licensees and some shortcomings in its user interface,” said Tina Teng, senior wireless communications analyst or iSuppli. “However, Windows Mobile holds some major cards that will allow it to remain a competitive player in the market.”

He then suggest that the key advantage Windows has is that it boasts a complete suite of factors necessary for a successful smartphone system namely – device support, an application store, a broad portfolio of applications and support from the developer community. Other systems have some of these in place but not all of them.

Teng argues ‘Microsoft offers a complete set of services that can assist clients in their customization and software integration efforts. In contrast, OEMs wanting to customize the Symbian and Android operating systems by modifying the user interface or widgets must invest in add-on software.’

Teng also suggests that Microsoft shouldn’t be too concerned by the loss of two of its most high profile licensees in Palm and Motorola which apparently didn’t contribute a lot to the Windows platform, as it has a more than adequate replacement for both in the guise of LG, which recently committed to producing over 13 Windows based mobiles in the next 16 months.

So with Symbian out front and a revitalised Windows Mobile in second, where does this leave the big North American trio of iPhone, Android and BlackBerry? Teng doesn’t say but suggests that if Microsoft learns from the slick interfaces and excellent application execution of its rivals it could make its phones even more attractive.

I am not entirely sure I agree with Teng. With so many high profile manufacturers backing Android the Google smartphone platform has to be a serious contender for second slot. Also, it would be a revolutionary move that would shock the tech world, but suppose Apple licensed the iPhone interface to another manufacturer – say Samsung – then it could have hugely powerful position in the smartphone world. Just a thought.