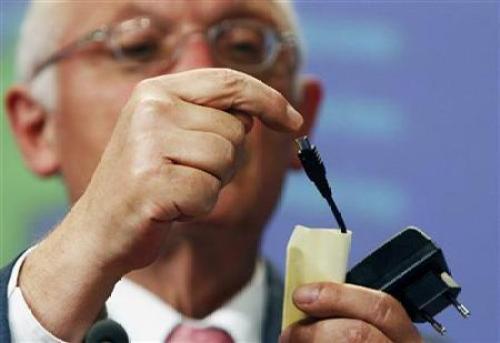 The 10 companies who control 90% of the European phone market have signed a deal which will see mobile phone chargers become universal by 2010.

The group, which includes Apple, Sony Ericsson, Nokia, Samsung, LG and NEC, has agreed to a harmonisation that will see mobile phones charged by mini-USB adaptors. The move is not only good for people who have drawers full of various charges – it’s great news for the environment too.

Every year there are 185million phones sold in the EU and therefore around 185million chargers as well. The majority of these chargers become useless after upgrading to a new phone – even, in some cases, if users stay with the same brand.

The idea is that, after an unspecified time following the release of the universal charger, chargers and phones will be sold separately. The move only applies to smartphones and is only for the EU at the moment.

Hopefully, the rest of the world will follow suit soon after. They should do – not only would it save them money because they won’t have to manufacture and package chargers for every phone they sell (I can’t see them reducing the price of phones just because it ships without a charger) it will also be good for their green-credentials.