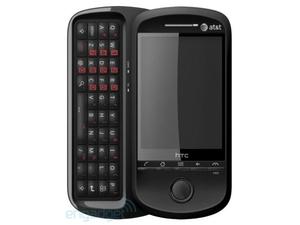 Would you like that in QWERTY or touchscreen, sir? That could well be the question you hear when HTC launches the Hero on 24th June. The image here is a dead ringer for the Magic with a hard keyboard strap-on but apparently goes by the handle of the HTC Lancaster. I rather like the sound of that.

Now, it could be that it turns out to be a totally different phone to the Hero, as the name would suggest, but the rumours are that it’s the same creature just with the QWERTY and the decision will be yours as to which version you go for.

The only other dubious piece of news is that it looks like the Hero will come with the TouchFLO 3D UI in front of the Android OS. Seems a bit of a shame to cover it up but then the ‘droid desktop isn’t the world’s prettiest. We shall see.