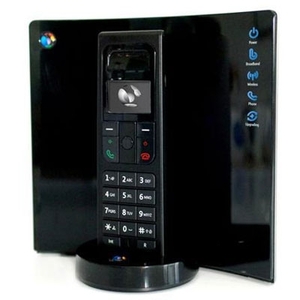 After this week’s strangling allegations, BT has announced it is going to hike its headline broadband speeds to 20Mbps at no extra cost.

Roughly 40% of BT’s existing 4.8 million customer base will be able to get faster speeds after 549 of BT’s telephone exchanges are upgraded, with businesses getting it today, and domestic internet users finding their service boosted in the summer.

BT hopes to extend this to 55% of it’s customer base by 2010. It is not yet known which area’s lucky users will find themselves the beneficiaries of the fancy-dan 20Mbps upgrade, but a soon-to-be-launched service on BT’s website will let you know what speed is possible in your area.

Continuing BT’s crusade against slow internet, the company will be offering a nifty little doo-dah, called an I-Plate that eliminates electrical inference on in-house phone wiring, boosting your bandwith.

All of which means from early summer 2007 you could get 20Mbps internet from as little as £7.78 per month. Though whether the new boost will be throttled is yet unclear, but one has to admit it looks like BT is taking notice. If I may be as so immodest as to quote myself just yesterday:

“We pay a premium for our broadband in this country and we get one of the poorest services in the western world, it’s high-time consumer groups put some concerted pressure on our ISPs to invest in some serious physical infrastructure to get us the service we deserve.”

And today BT makes this announcement, coincidence? I think not.