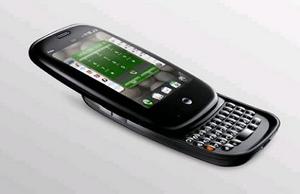 Regular readers will know that we were fairly taken with the Palm Pre handset when it debuted to great fanfare at CES in January. It’s a touch screen device crammed with sensible features that uses Palm’s innovative new operating system, Web OS. In kinder economic times, it would be a sure-fire winner and enough to re-establish a once great brand.

But in spite of those green shoots you keep hearing about things are still brutal, especially in the smartphone market, and Palm has probably left it too late. There’s an interesting post in WallSt, a respected US financial blog, today that highlights 12 brands that won’t make it through the next 12 months. There’s good news – apparently Crocs, makers of those hideous plastic shoes, are on their way out, but the worst news of all for us techies is that Palm should in theory be toast by the end of the year.

Sure, it is only one blog’s opinion but, without the Pre and the recent injection of $100 million capital, the company would have disappeared anyhow. Its trading position is awful with the company only selling 482,000 handsets in its last quarter, down 42% from the same quarter the year before.

Can the Pre save the day? Well it has mountains to climb and here’s why…

In the US, Palm is with Sprint which is the third most popular carrier. It’s been haemorrhaging subscribers for a while and is definitely in need of some high profile handsets. However, it probably won’t have the reach to ensure the Pre gets enough market share. In Europe the deal is apparently with Telefonica (though I could find no confirmation of this) the company which famously already has a certain iPhone on its books. Even if it has fantastic reasons to sell the Pre, I can’t see it pushing it too hard against its golden handset.

2.) Handset market is too crowded now

In the US, Palm is up against Blackberry, which is rapidly making in roads into the consumer space, and Apple which is obviously doing amazingly well. In the UK, add to that list Nokia, with its new range of N series handsets, plus touch screen smartphone lite models from the Koreans and HTC’s Windows phones, and the competition looks fierce. That’s without even considering exactly how big a splash Android is going to make when they finally launch more than just the one handset.

3.) Apple and Blackberry users are not going to buy a Pre

Both brands command huge loyalty leaving the Pre a smaller slice of the cake to shoot for. Enough said.

4.) Palm probably doesn’t have enough money to market the Pre as it would like

With those crippling losses there’s probably less to spend on online marketing. If Palm could push the device online, then at least it would have a chance to compete. Unfortunately, its rivals are still relatively cash rich; for example Samsung spent £27 million on advertising in the UK last year and is expected to spend more this time around.

If Palm does go, I will be rather sad. Over the years, I have owned a string of Palm devices, including some by its off shoot company Handspring, that uses the Palm OS. Also, for a time in the early noughties Palm’s PDAs were as cool as handheld devices got. I am guessing that there might be a taker for its new OS, but we’ll have to see about that.

Agree with what I’ve said? What do you reckon? Vote now!