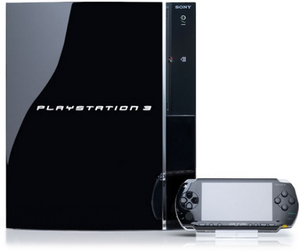 It’s no secret that the Playstation 3 is struggling a bit. It’s hard to be firmly in last place in the console wars, yet still be the most expensive by quite a long way. It’s rumoured that publishers are warning them that if they don’t up their market share soon, then they’re going to lose developer support in favour of the Wii.

With that in mind, it’s no surprise that CVG reports this morning that a “major UK retailer” has let them know that Sony have price cuts coming soon to both their PS3 and PSP consoles.

The all important questions of “when” and “by how much, damnit” remain disappointingly unanswered, unfortunately. Still, it’s very good news, and about damned time. I don’t care how expensive the PS3 is to make, when it’s losing the race it has to make cuts – especially when its exclusive must-haves are few and far between.

The PSP cut is slightly more surprising. It’s also losing out to the Nintendo behemoth with the DS trouncing it, but it’s still managed to pass the 50 million sales point comfortably, despite a real slowing of game production. I can’t see it catching up with the DS, but the price cut will give it a little extra push ahead of a rumoured next iteration of the handheld.