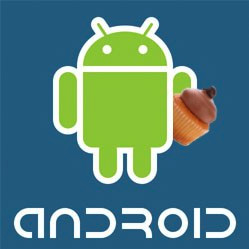 It’s probably easier to get excited about the free Cupcake software update on Android than having to pay for more games but, either way, today is a good day for Google.

From next month, all Android phones – so, er, the G1 – will get an on-screen keyboard, A2DP stereo Bluetooth, video recording, voice recording and the ability to save MMS attachments among other bits and pieces. It all sounds like good stuff although I’m sure a few people might have been hanging out for push e-mail.

No idea quite when it’s going to hit next month or if it will be preloaded on the G2 from Vodafone but what we do know is that as of today their app store, the Android Marketplace, is going to start to be a much better place to hang out. Why, because today is the day Google has opened the doors to paid for applications.

There’s no particular limit on cost and no word on a red button, as yet, but it’s hoped that the YouTube-type rating system they’ve employed will make sure the developers are fair to the community. The first to hit G1 screens are games from EA Sports and likes of Guitar Hero World Tour Mobile.

Both moves should help Google restore a little public and commercial faith in an operation system that has yet to take the world by storm in the way we thought it might. It’ll take a few more handsets to really get it rolling but Cupcake and paid for apps are certainly a good start.