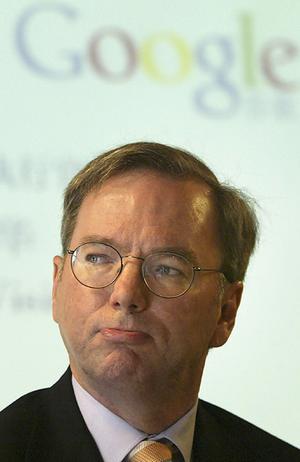 When Google CEO Eric Schmidt was asked what he thought of Twitter, at a technology conference hosted by Morgan Stanley yesterday, he came out with the following gem: “Speaking as a computer scientist, I view all of these as sort of poor man’s email systems”.

Ouch. Now that’s the sound of a man hurting. Hurting because his company didn’t see the microblogging revolution coming? Hurting because they did, and backed the wrong horse – buying up Jaiku rather than Twitter? Maybe he’s just hurting because people are hacking Google to display Twitter results.

“In other words, they have aspects of an email system, but they don’t have a full offering. To me, the question about companies like Twitter is: Do they fundamentally evolve as sort of a note phenomenon, or do they fundamentally evolve to have storage, revocation, identity, and all the other aspects that traditional email systems have? Or do email systems themselves broaden what they do to take on some of that characteristic?”

“I think the innovation is great. In Google’s case, we have a very successful instant messaging product, and that’s what most people end up using. Twitter’s success is wonderful, and I think it shows you that there are many, many new ways to reach and communicate, especially if you are willing to do so publicly.”

He also gave a quick mention of Google’s new Twitter account, but got a little confused by the character limit, claiming @google is somewhere to “go ahead and listen to our ruminations as to where we are and what we’re doing in 160 characters or less”. Actually Eric, it’s 140.

UPDATE: Eric is denying that this was a diss. Sorry, “Poor Man’s Email” isn’t a diss? You’re a poor man’s email, Eric.