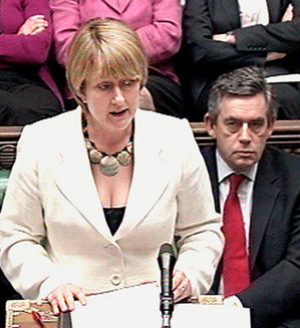 The government is rather keen on the idea of creating a massive database that will store all your emails, texts, calls and internet use. It’s an idea that’s understandably raised a few eyebrows, even outside of privacy and consumer-based pressure groups. Even I’m a little alarmed about this one, despite generally not being that fussed about privacy issues.

In protest, some enterprising sorts have created a campaign called “CC all your emails to Jacqui Smith day”. On one day – June 15th – they want you to copy all your email correspondence in to [email protected], the idea being that they get so overwhelmed by a mountain of correspondence, so much of it inane and useless, that they realize it’s a rubbish idea.

Of course, it could backfire. On the FAQ section of the site under ‘is this legal?’, the organizers claim: “This is unclear. You personally are certainly at no risk from prosecution. But it is possible that if the volume of emails crashes the servers, it could be seen as a Denial of Service attack – although there is no precedent for such an attack coming from multiple people sending a small number of emails.”

There’s also a Facebook group, though as the Register points out, they’re fairly keen on keeping all your private data themselves, so you might just want to plump for the email option. Sign up on the website, right here.

“CC all your emails to Jacqui Smith day”

One thought on “CC all your emails to Jacqui Smith, instructs protest group”