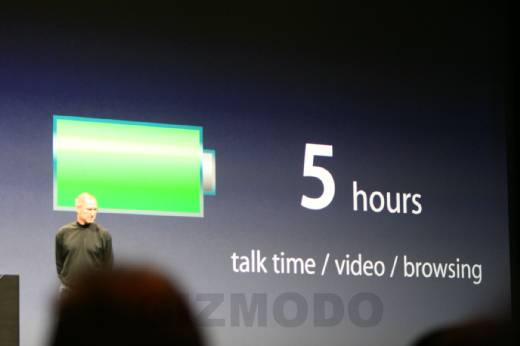 I always run out of phone battery at the most inopportune moments. Like just as my mum calls me, so she then thinks I’m avoiding her calls, or just as a lost friend is trying to track me down on a busy street.

Well, I’ve had enough, goddamnit. From now on, I’m going to make sure that my battery’s always in tip-top condition. Here’s how I’m going to do it:

One: Switch off features you don’t use
Seriously, how often do you use Bluetooth? Even if you use a headset on the go, you’re probably sat at a computer for a good proportion of your day, when having Bluetooth on is a waste of time. If you just turn it on when you need it, you can save a massive whack of battery life.

While we’re at it, there’s also 3G (do you need your email checked every minute? even overnight?), GPS, Wi-Fi and screen brightness. Turning them all down or off when you’re not using them could double your battery life in one fell swoop.

Two: Don’t let it run out totally before recharging
With Ni-MH batteries, it’s good to let them drain properly before charging them again, thanks to ‘battery memory’, but most cellphone batteries these days use Li-Ion batteries instead. These don’t suffer from the same problem, and can in fact be damaged by letting them go flat.

For best results, charge your phone when it gets to about 30% remaining. Think of the extra capacity as backup. Then, when you’re stuck in a situation where you can’t charge easily, like a festival, you’ll have maximum possible battery life.

Lifehacker suggests that it’s much better to keep batteries as cool as possible – meaning in your bag or jacket, or even on a belt clip. If you want to go overboard, keep your phone in the fridge at night, or just, y’know, turn it off.

Four: Turn it off when there’s no signal
While we’re talking about turning the phone off, turn it off when you go on the tube or metro, or if you’re going somewhere that you know has low signal issues. The lower the network availability, the harder the phone chip has to work to get a usable signal, so the more battery it uses.

For the same reason, if you know you have to call someone, do it somewhere with good signal, oh, and keep it short. No yapping about whether or not your friend saw Neighbors last night. Save that for the pub. It sounds harsh, but think of the hours of battery life you’ll get in return.

Five: Cycle your spares, and don’t store them with a full charge
Lastly, if you’re serious about batteries then you’ll almost certainly be carrying around a spare for emergencies. Don’t just use one and keep the other as a spare, or when it comes time to plug in the spare, it’ll be dead. Instead, rotate which battery you use every couple of months or so.

Don’t keep the spare fully charged up. A full charge puts too much strain on the terminals, and can damage it if it’s kept full for a long time. If you carry the spare around with you all the time, then keep it charged about 70-80%, but if not then keep it at 30% or so and in the fridge (not freezer). Then just charge it up when you think you’ll need it – if you’re going to a festival, for example.

Conclusions
So there you go. My tips for making your batteries able to make it through two months before needing a recharge. Have you got any tips, or things you’ve found useful in the quest for battery life? Share them in the comments.