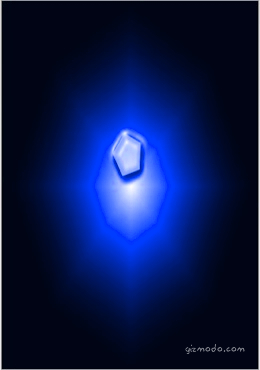 No sooner has the Android Marketplace opened up its pitches to paid for applications and there’s already a $200 one calling itself “I am richer”.

The app is identical to the infamous “I am rich” incarnation as banned from the iPhone app store after being bought by a handful of disgruntled consumers. The only difference this time around is that the totally useless screen is now a blue diamond instead of a red one and the price is five times less than the original, which rather begs the question: shouldn’t it be called “I am poorer”?