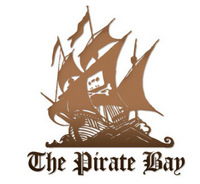 Then step right up! The Pirate Bay, the mega piracy portal which always goes to great lengths to point out it doesn’t actually host the files it catalogues, is going to court very soon – charged with, well, you can probably guess. Letting the world watch Quantum of Solace without having to go to the cinema or HMV.

A live audio feed of the Bay’s trial will be made available online, but the problem is it’s all being conducted in Sweden. In Swedish. And with the best will in the world, Swedish could hardly be described as the language of the internet. We’d imagine it’s only the third most popular language even in Sweden.

So the Bay has sent a “shout out” to the internet, requesting help. It wants Swedes to translate the trial, as it happens, dump the key points onto blogs and particularly Twitter, and for everyone to tag anything relevant with the tag #spectrial so it’s easy for everyone to follow events as they happen via Twitter.

The Bay’s trial begins on February 16 – you can follow it all pretty much live on the Bay’s special trial news aggregator portal thing, if you’ve not yet surrendered to the media barrage and got yourself a Twitter account.