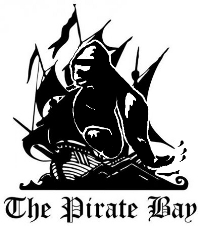 As we’ve reported on developments in the Pirate Bay’s trial for two days running now, I don’t see why we shouldn’t carry on, so long as there’s interesting stuff to share.

Today’s session was cut rather short, but the whole trial is still ahead of schedule. It began with the prosecutor presenting his amended charges (following the withdrawing of half of them) and outlining the damages sought by the content owners.

Interestingly, they’re calling every download a lost sale, and multiplying any damages by 10 if they were leaked before release, or otherwise unavailable online. In one case, the Swedish Anti-Piracy Bureau doubled all their damages to account for a “loss of goodwill”.

In the second half of the session, the defence responded, and reacting to the new charges, again asserted their innocence. Each picked holes in the case of the prosecution, but nothing we hadn’t heard before until Carl Lundström’s lawyer, Per E Samuelsson took the floor.

“EU directive 2000/31/EG says that he who provides an information service is not responsible for the information that is being transferred. In order to be responsible, the service provider must initiate the transfer. But the admins of The Pirate Bay don’t initiate transfers. It’s the users that do and they are physically identifiable people. They call themselves names like King Kong,”

“According to legal procedure, the accusations must be against an individual and there must be a close tie between the perpetrators of a crime and those who are assisting. This tie has not been shown. The prosecutor must show that Carl Lundström personally has interacted with the user King Kong, who may very well be found in the jungles of Cambodia,”

Basically, he’s saying that for the defendants to be guilty, they need to have personally been involved with every interaction between sharers and downloaders – simply setting up the noticeboard isn’t good enough, especially as there are plenty of people using that same noticeboard for sharing perfectly legitimate content.

Following that statement, the court adjourned the case until tomorrow. On brokep’s fantastic Twitter stream, he relates that everyone then went for pizza together. He asked the prosecution to pick up the bill. They refused.