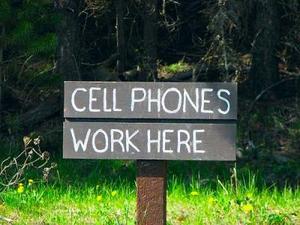 An Orange customer named Tom Prescott is now £500 richer than a week ago, thanks to a court ruling in his favour.

He took out an 18-month contract with Orange, but found that he couldn’t get signal in either his home or his office. He then tried to cancel, but Orange told him it was his problem, not theirs. As you can imagine, he wasn’t too happy.

The court’s now ruled in his favour – saying that if you sell an 18-month contract to someone who doesn’t live or work in a place where you can provide coverage, then it damn well is your problem.

It could end up being a massive headache for the big phone networks as they suddenly become inundated with lawsuits. It also means that manufacturers of mini phone masts that exist in your home – called Femtocells – are suddenly rubbing their hands with glee.