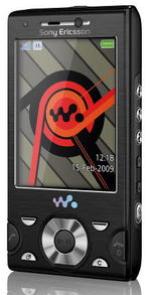 Forget the lacklustre 2-megapixel camera straight away, for this baby comes with an 8.1-megapixel camera (very important, that ‘point one’) with up to 16x digital zoom. Granted, digital zoom — especially on a mobile phone — isn’t much to get excited about (how much grain do you want on that picture of your best mate’s left nostril hair anyway?) and there’s no mention of optical zoom in the preliminary specs, but you do at least get auto focus, face detection, flash, image and video stabilisation, video recording (rate unknown) and video light.

OK, enough on the decent enough camera. This is a Walkman phone, after all, so what about the audio? Well, Sony is debuting its new Media Go application on the W995, letting you “effortlessly and automatically” transfer audio, pics and vids between phone and computer. Yep, something proprietary but then of course you can say the same about iTunes.

Sony Ericsson’s global marketing business manager is happy to try to convince us that there’s “no need to worry about format, resolution and ‘frame per second'”, which implies that the software and hardware together will handle a wide range of audio and video formats. Unfortunately, I can’t yet tell you what, exactly, as the specs don’t mention it.

Nice, though, is the handsets 2.6-inch colour screen. It also has built-in stereo speakers with Clear Stereo and Clear Bass technology. More teen annoyance on the bus (if they can afford the handset, that is).

Running past a few other features: there’s A-GPS and Google Maps with photo geotagging, SensMe that will create a playlist based on mood or tempo (OK), full Bluetooth stereo A2DP, shake control (not another one?), Access NetFront web browser (never heard of it, have you?), lots of messaging options including email and IM, YouTube access (naturally), Wi-Fi and “Turbo” 3G, plus 8GB Memory Stick Micro support. 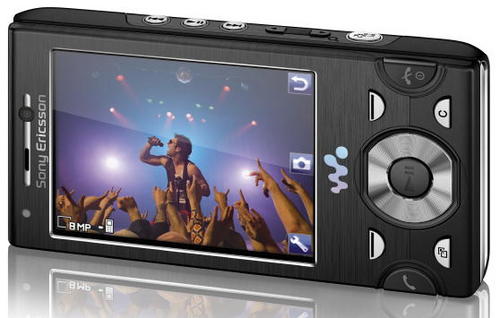 It also comes bundled with HPM-77 premium headphones and thankfully features a standard 3.5mm audio jack so you can use your own.

It’ll be shown off at the Mobile World Congress starting tomorrow, with availability from spring/summer, pricing and networks to be confirmed.