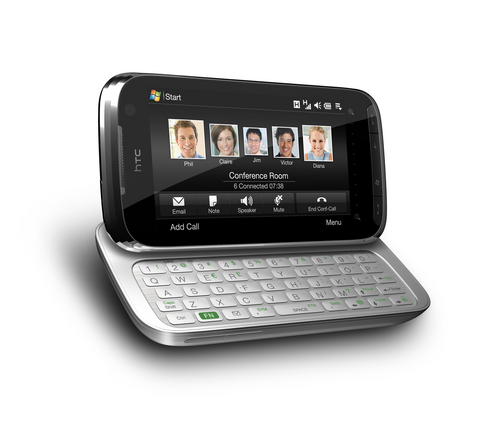 This is the HTC Touch Pro 2, newly announced by HTC in Barcelona. HTC claims that it delivers “the most powerful productivity experience available on a mobile phone”, and who are we to argue? Let’s talk specs.

The phone has a 3.6″ touchscreen at WVGA resolution, Windows Mobile 6.1, 512MB of memory (but with a microSD card slot), HSDPA, GPS, Bluetooth, a 3.2-megapixel camera, Wi-Fi, FM radio and a five-row QWERTY keyboard. Phew. 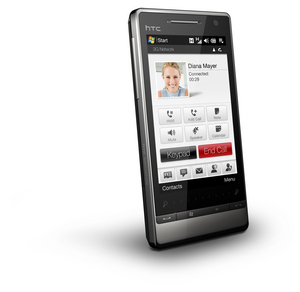 Then there’s the Touch Diamond 2. It’s rather similar to the Touch Pro 2, but doesn’t have the QWERTY keyboard and has a slightly smaller touchscreen at 3.2″. It does have a slightly nicer 5-megapixel camera, though.

Both are arriving this year, with the Diamond “Touch”-ing (sorry) down in Q2 and the Pro showing up in early summer. No pricing info yet. Personally speaking, I’d rather plump for the QWERTY over the 5-megapixel camera. How about you? Which is your favourite of the two? Let us know in the comments.