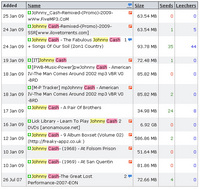 Hooray! The tedious and long-running saga of the UK possibly adopting the ‘three strikes’ system for disconnecting the internet access of music pirates has been dumped, with David Lammy, the Intellectual Property Minister, today saying there are “no plans” to introduce such a scheme.

Last year, everyone thought the French Technique of ordering ISPs to disconnect the harder-core of music pirates was the way to go, with the UK apparently considering adopting the idea.

However, Lammy has just told The Times that the government has ruled out introducing legislation requiring ISPs to disconnect pirates, pointing out that “I’m not sure it’s actually going to be possible.”

A very good reason. Music body the BPI still wants the ban, but ministers and ISPs couldn’t agree on how to implement such a politically-deadly and possibly riot-inducing plan. So carry on. Leave Bittorrent running overnight.

Related posts: MEPs wanted it | UK nearly got it