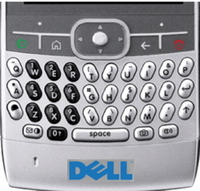 Before we get rolling on this one, I should say that I’m a little skeptical personally but men and women who spend their days stroking their beards and, well, whatever women stroke when they’re deep in thought, seem pretty convinced that Dell is going to get into mobiles from February.

In fact, it’s not just any beards and beardettes that think it to be true, it’s the top most hairy ones over at the Wall Street Journal and Engadget too, even though Dell has publicly said that they won’t be at MWC next month.

Thinking about it though, just because Dell aren’t going to Barcelona, it doesn’t mean that they won’t be announcing a phone. After all, they are a funny breed of company who do rather like to bring things out causally by allowing you to pre-order them at Tesco before mentioning it to anyone else and other such bizarre moves.

Word has it that Dell already has one or two prototype handsets knocking about – one with a touchscreen and no QWERTY and one the other way around, running on Android and Windows Mobile – and that Dell bods spent a serious amount of last year chatting to phone manufacturers in Asia.

I think there’s no doubt that Dell will have to get into mobiles at some point if they’re going to tackle the issue of convergence, whether or not that’s the way popular tech ends up going, even if only to protect themselves.

The question is, are we really going to hear about it next month? Sure, we know that competitor Acer is set to release a smartphone but Dell never seems that bothered about the speed at which everyone else moves. After all, they were one of the last to jump on the netbook bandwagon and that didn’t seem to phase them.

Doubtless more eeking out of this rumour until we finally see a Dell phone in October. Expect an onslaught of pencil comparisons.