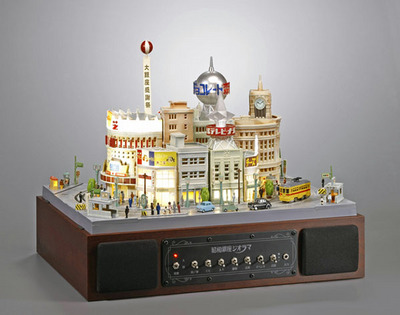 File this one under ‘crazy’ and ‘Japanese’. It’s a pair of speakers, 2x1W, with a mounted diorama of a Tokyo street scene slapped on top of it. It’s so wonderfully tacky that I’m actually rather fond of it.

Related posts: Lightbulb/speaker mashups suddenly all over the web | Teufel shows off Motiv 5 surround speakers: just plug in and play