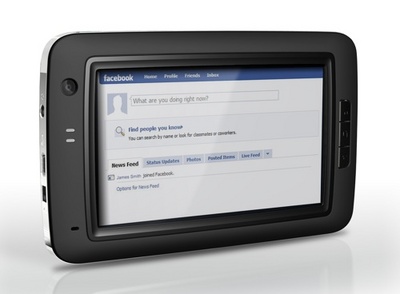 There hasn’t been a massive amount of ground breaking stuff at this year’s CES, but the MoveIt Mini from relative unknowns GiiNii has brought a warm glow to the depths of our cynical tech hearts. They’re branding it an alternative to the iPod Touch, and for once, they’re complete justified.

On the face of it, it’s a WiFi enabled media player. With rubbish memory – just 256MB onboard. However, look under the hood and you’ll find a MicroSD slot, so you can expand it to your hearts content. And even better, you’ll find Android.

Oh yes, this little baby is based on Android, so can run many of the apps available on the Android platform (as long as they can rely on a WiFi network). In fact, you can even use it as a phone, thanks to the onboard mic and the Skype Android app. And in fact x2, you can make video calls, since it’s got an onboard camera. Sound awesome yet?

OK, how about this. It’s going to cost $150 when it comes out in the later part of this year (at least that’s the aim of the manufacturers). There’s obviously an additional outlay for memory, but with the cost of MicroSD cards falling all the time, you’re going to have to buy terabytes before you get close to the cost of the iPod Touch.

We had a video, but unfortunately, we also had a technology fail. So, if you fancy taking a look at the device itself, click the video below. But be warned – there’s no sound.