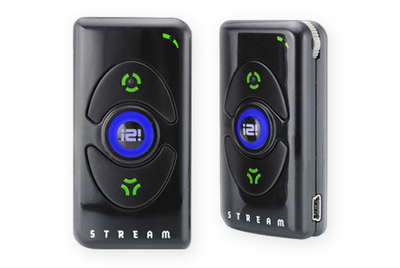 One of the CES 2009 innovation awards this year went to the i2i Stream which was initally explained very badly to me at the booth. I’ll endeavour to do a better job of telling you why this little device is indeed an excellent gadget.

The Stream does what it begins to say on the tin. The system consists of two identical mini terminals which stream uncompressed HD quality audio wirelessly at 2.4GHz from one to the other. It doesn’t matter which you choose to send with and which you use to receive. That can be switched at the touch of a button. 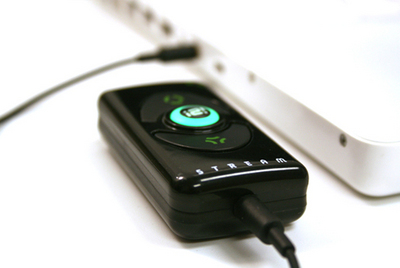 They’ve got a wireless range of over 30ft, you get 5-7 hours of battery life out of them and, when they’re out, you charge them up through USB. The idea is that they’re incredibly portable, so you can even take them round your mates house and latch onto their whatever they might be streaming from one of the pairs by adding the third terminal of your own, because, you see, you can link as many receivers as you like to a single transmitter.

They’re out in America now for $119 but I notice they have an EU patent, so it’s only a matter of time before we see them in the UK too.