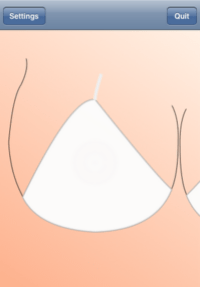 Both “boobs” and “booty” have been banned from being used in marketing text for an application called “Wobble”, which allows users to add ‘wobble points’, around which any picture they like will wobble. If that confused you, check the promotional video for the app, but be warned, it’s probably mildly NSFW.

Back in December, an application called iBoobs was banned from the App store, and now ‘Wobble’ is under threat too. When the developer complained about the censorship, Apple told him “Wobble and Apple had an agreement that we needed to comply with”.

Related posts: Apple still not down with the “netbook” scene – insists software is more important than hardware | Apple releases the chains on iTunes DRM

One thought on “Apple isn't a fan of boobs or booty”