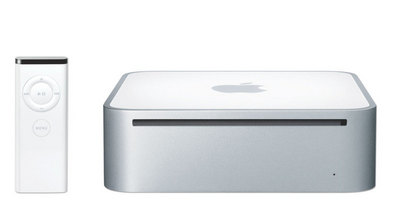 The blokes over at Wired know some other bloke at Apple who apparently knows a fair bit about what’s going to be announced at Macworld in three week’s time, and the word is Mac Mini.

Nobody’s saying that it’s going to be the big ace up Jobsy’s roomy sleeves but the little DIY desktop is certainly well overdue a facelift or cutting altogether which indeed was rumoured a few month’s back.

The specs are largely and possibly entirely speculation but then again they could be the bang on facts dressed up as rumour for the benefit of the unnamed Apple employee. Who knows?

The most interesting musings are the increase in RAM up to a possible 4GB and the option of ditching the optical drive for a second HDD which sounds very Apple indeed. There’s a good chance they’ll be marginally cheaper but what new spec would convince you to shell out on one?