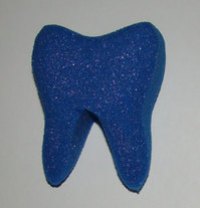 There’s a lot of things that may come in 2009 but one you might not have expected is the next phase of Bluetooth that’ll see both the speeds and range increased by up to 10 times and 100 times with two separate standards.

“Bluetooth 10x” will use the WLAN facility already found in most phones and computers to increase the maximum transfer rate from the current 3Mbps to 30Mbs. That’s probably where they got the name from.

Using WLAN also means it’ll work over much bigger distances so you’ll be able to force pictures of your genitals onto strangers all the way over on the other side of the bar now too. What? Doesn’t everyone do that?

The second standard is called “Bluetooth 100x” and, funnily enough, is expected to boost speeds up to 300Mbps although I did read somewhere that they were looking at 480Mbps. I guess Bluetooth 160x doesn’t quite have the same ring to it.

Either way, suddenly we’re looking at speeds up to USB 2.0 standards only without any cables. Lucky for USB that they’re looking to take the step up themselves next year.

Bluetooth 100x will use ultra-wideband frequencies which unfortunately, as yet, aren’t in any phones on the market, so who knows when we’ll get to experience that one.

All the info comes from a press release on the IMS research website which has mysteriously disappeared since and, apparently, they themselves got the word direct from the SPECTRE-like conglomerate that is the Bluetooth Special Interest Group (SIG). SIG has made no comment, so I’d expect to see leading handsets with Bluetooth 10x midway through 2009.