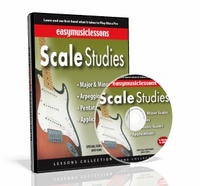 Hear that sound? That’s the slow, disjointed, tortured noise made by 2.5 million 14-year-old boys currently trying to work out the opening chords of ‘Smoke on the Water’ on their new proper guitars.

It’s all thanks to the success of music games like Guitar Hero and Rock Band, which have triggered a massive surge in the number of kids learning to play musical instruments. The Times says a survey by Youth Music found that over half of the UK’s 12 million 3-18-year-olds have played a music game of some sort – and a fifth of them have been motivated to learn how to play a proper instrument as a result.

So if you’re after a cheap guitar or drum kit, you might want to check out eBay in the new year – after the kids have realised proper music’s a bit harder than pressing a couple of big buttons when a red circle appears and flog off their Argos gifts in disgust.