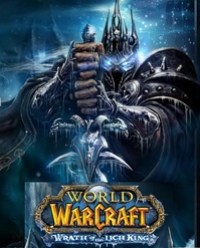 Belgium? Bolivia? Israel? Ireland? You’ve got nothing on World of Warcraft. Blizzard’s ultra-popular massively-multiplayer online role-playing game, full of orcs, elves, dwarves and undead, has hit 11 million active subscribers. That’s a shade fewer than the population of Greece, and means that one person in every 625 on the planet holds an active subscription.

The milestone is reached just two weeks before the launch of the latest expansion for the game – Wrath of the Lich King. The expansion, which arrives on November 14th, raises the level cap to 80 and opens up the chilly continent of Northrend for exploration, as well as adding a new class and new tradeskills to the game. The previous expansion – The Burning Crusade – holds the record for the fastest-selling PC game of all time, with 2.4 million copies sold in the first 24 hours of availability.

If every subscriber was paying the British subscription fee (and I appreciate that ours is probably one of the most expensive in the world) then £9 times 11,000,000 would mean subscriber revenues of about £100 million a month. That’s not too shabby.

I’m a holder of a subscription, and I’ve got a Paladin on EU-Stormrage that’s about half a level off 70. I’m hoping to hit that tonight. I’m always up for playing with like-minded folks though, so drop me an email if you fancy meeting up in Azeroth sometime. Especially if you fancy a run through Stratholme, so I can get my sodding epic mount that I should have got ten levels ago.

Ahem. Back to the story. If you’ve not tried World of Warcraft, then you really should. It’s a lot of fun, and if you’ve got friends scattered about all over the country, then it’s awesome fun to all sit in a voice chat channel and smack some furbolgs or murclocs about a bit on a Sunday evening. It’s never been easier to join the world and make significant progress without spending hours doing repetitive grinding. Great game.

World of Warcraft (via Blizzard)