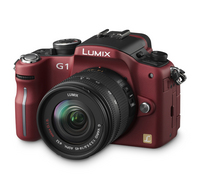 Gary’s been getting rather hot under shutter about the new Panasonic “Micro Four Thirds” digital cameras and, as he quite uncannily predicted a few weeks back, the the new Lumix DMC G1 is out on 1st November for £599.

These new system cameras, that we expect to see from Olympus as well, allow a rather exciting fusion of the functionality of DSLRs combined with something a lot closer to the size of a compact. The more palm-sized G1 features a full-time view-finder to go with the 3-inch swivel LCD screen which even flips out of the main body of the camera and rotates through 270 degrees. You’ll see what I mean in a sec.

It’s got a 12.1-megapixel MOS sensor which is designed to give you the picture quality of a CCD with the power-saving benefit of a CMOS and that’s something I’m looking forward to checking out first hand when I get my mitts on one. 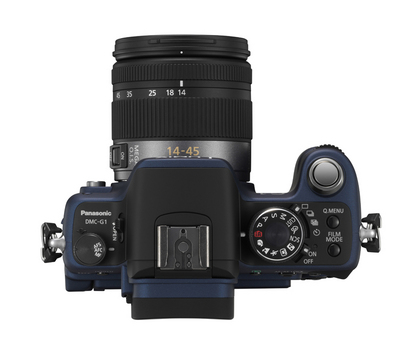 Like all good DSLRs, and some bad ones, it does come with a detachable lens and currently the option of some telephoto glassware for an extra £329.99. Yes, that’s right. This is not a cheap piece of kit. 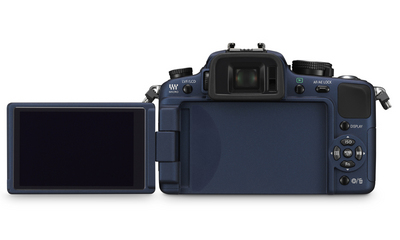 But despite the sensor, the optional lenses and the heavy chunk of change, the G1 does retain some more compact features other than just the size, which I’ve got to admit looks a little disappointingly large – unless Zara happens to have tiny hands (again, you’ll see in a bit). It supports face detection and scene selection as well as intelligent ISO and AF tracking.

The other ever popular facet of this ostensibly stills gadgets is that it can indeed do video footage too. We’re talking 60fps of HD quality, with all of it – as well as the static images too – processed using the trademark Panasonic Venus engine.

Now, we have got some video footage from Zara’s sneaky peek but please forgive us for the cretin behind the camera (not a Shiny person) and their lack of focus.