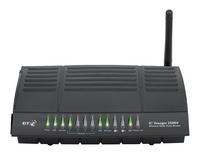 Poor old Qamar Masood-Mirza was said to have been running an “unsophisticated” operation, in which he nicked equipment he was supposed to be installing in people’s homes in order to sell it on eBay.

BT colleagues suspected him of selling the “internet connection equipment” and looked for it on eBay – they found it and tracked Qamar down from his eBay ID, which he’d rather amateurishly registered using his real details. The BT engineer made himself a £3k profit flogging stuff he’d nicked from his employers – money he’s been ordered to repay in return for his nine-month prison sentence for theft being suspended.

(Via The Slough Express)