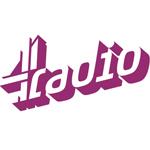 Channel 4 has gone back on its “risk-taking” approach to digital radio by scrapping its involvement in the 4 Digital group and so its plans to launch three new digital radio channels.

Despite the quite reasonable figures of DAB radio uptake by consumers in the UK (7.7 million devices), the alternative broadcaster has decided it best to pull out of the operation, which included a spoken word channel to rival BBC Radio 4 and an E4 music station, and informed Ofcom of their decision late last week.

The 4 Digital group successfully bid for the second national commercial multiplex licence in July last year and, as yet, there has been no reaction from the other members of the consortium – Bauer Digital Radio Limited, Carphone Warehouse Group plc, Sky News Radio Limited, Global Radio Ltd, UTV Radio (GB) Ltd and UBC Media Group plc.

It’s hard to tell whether Channel 4’s withdrawal is a result of current the economic storm or a general lack of faith in DAB which seems to float about the industry in private, even though 11% of all radios in the UK are digital.

Speak to manufacturers of the radios themselves and they’ll tell you that DAB is not a particularly good digital format but it’s still a significant improvement on the analogue service.

There are certainly issues with coverage but all devices sold are fast becoming DAB and it’s hard to see that uptake would not continue to rise by default. It does rather make me wonder how much Channel 4 is feeling the financial pinch? How many more of their schemes, proposals and even operating services are going to hit the wall?