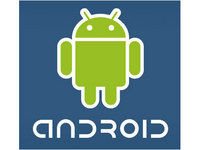 O2 may have the iPhone but T-Mobile will be the first to carry Google Android in the UK. That’s the rub yet again after a half-heartedly disguised HTC Dream handset was used earlier today to display the mobile OS of the hour at the developer conference in Wembley Stadium. The HTC is only available on T-Mobile, so that kind of narrowed the leg work down some.

It’s widely expected that the official international launch will be done live from New York on Tuesday 23rd September and, should anyone be feeling generous, I would be most happy to receive an anonymous air ticket to the Big Apple to find out in person. A couple of nights at the Trump Towers wouldn’t go amiss either.

The Android-running Dream – which sounds like some sort of nightmare – will be fully equipped to work with all of Google’s top applications including Google Maps with GPS, Google Docs, Google Mail and, of course, Firechrome, I mean, Chromefox – you know the one.

The big question is how good this is really going to be and, more specifically, will it a) be able to compete with the astoundingly good iPhone OS or at least b) kick Windows Mobile to the kerb? Tune in next week. Same tech time, same tech channel.