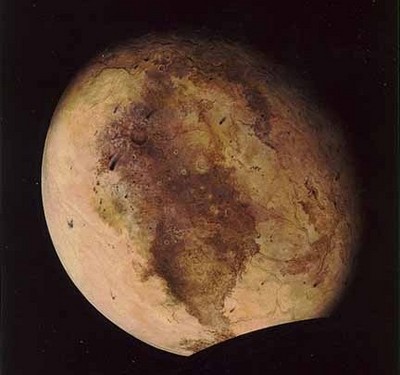 For today’s little nugget of space news, we turn our eyes away from the red planet to one a bit smaller, darker and colder: Pluto.

Pluto has been through a rough patch in its career since it was officially downgraded from its planetary status two years ago. However, sympathetic scientists have decided to give it a much needed publicity boost by using its name as the basis for a whole class of dwarf planets.

These new ‘Plutoids’ refer to all dwarf planets of a certain level of brightness orbiting beyond Neptune. Currently the list of Plutoids includes Pluto and Eris, a similar but somewhat larger ball of ice and rock. Supporters of ‘Erisoid’ movement say they are disappointed by the new naming decision but are hopeful that compromises can be made further down the line.

Pluto was unavailable for comment this morning, but we expect to receive live coverage of its reaction as soon as the New Horizons robotic spacecraft reaches the distant body in July, 2015.