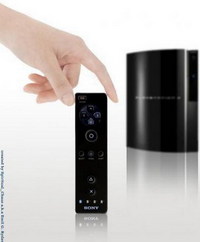 Sony is planning to clone Nintendo’s Wiimote, astonishingly, with a two-piece motion controller for PlayStation3 almost ready to be unveiled – and the DualShock3 isn’t even out in Europe yet.

The control concept resembles a traditional PlayStation controller, only with the ability to snap apart into two pieces – each with a motion-detecting accelerometer inside it, just like the popular wavy Wii controller.

GamesIndustry reckons prototypes are already in the hands of developers – presumably so they can get to work on piles of awful Wii-style party games. And here we were thinking things couldn’t get any worse for PS3…

If true, it’s a bewildering development. PS3 launched with a motion-detecting controller – the universally hated and non-rumbling SIXAXIS – before Sony caved in to public demand (and cleared up the relevant legal issues) to bring back rumble in the form of the DualShock3. And now it’s going for motion-sensing in a big way? What on earth has happened to the dominant Sony of the last decade?