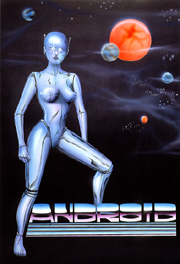 It seems like – and actually was – just yesterday that the internet, even this bit of it, was thrown into chaos by a boring old business report suggesting that Google’s much-wanted Android mobile OS stood between ZERO and F-ALL chance of coming out in 2008.

Well. It is. It really is. Google itself issued a statement on the web-sweeping Android delay rumours last night, a statement we’re only too happy to copy & paste into this here web browser for your information.

“We are on schedule and we’re very excited to see the momentum continuing to build behind the Android platform among carriers, manufacturers, developers and consumers.”

So there you go. Not only is Android officially on schedule and therefore due for 2008, the Google press release robot is actually very excited about it. Although we’d suggest the release date slipping by a few months is the least of Android’s troubles – beating Nokia and the new iPhone is a battle that’s going to be bloody no matter when the great war comes.