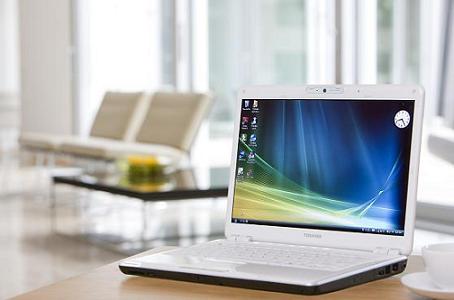 At a press launch in Paris this morning, Toshiba has given the masses a couple of new laptop models to gnaw their teeth over indecisively. The Portégé M800, pictured, is unlike their previous Portégé offering (the R500), as it’s finished in a pearl-white casing, with silver contrasts and white LEDs.

Measuring in at 13.3″, it will be released into the wild in Europe, the Middle East and Africa later this year, Q3 to be ‘precise’, although will be limited edition, according to Toshiba.

The touch-pad is accentuated with white LEDs, and the buttons are reportedly ‘feather-touch’. Looking inside the machine, it’s featuring a DVD SuperMulti drive, 1.3-megapixel webcam with microphone, and has some of that Face Recognition Software they’re rolling out across all their notebooks, which we first saw several months ago.

In addition, the Core 2 Duo processor speed of 2GHz, 250GB hard drive, and 1.97kg in weight should all add up to a fine laptop. Expect a hands-on video shortly.

Pricing is as yet unconfirmed.