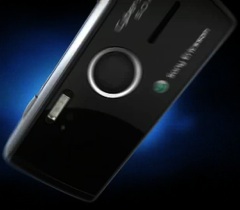 Proof there’s more than one way to skin a cat, with news that Sony Ericsson could utilise the cameras on its mobile phones to act as an iPhone-like motion sensor, which could then be used to control games.

They’ve partnered with GestureTek, a Californian company, to add software to their handsets from September, and it’s possible that existing phones could also use the technology provided their software can be updated.

Though details are scarce, GestureTek makes a variety of “gesture recognition software”. If this makes it onto a new handset, it will be interesting to see how it compares to the iPhone’s accelerometer. I’d imagine the system could struggle in low light conditions, or where there’s a lot of visual ‘noise” where the camera is pointing. Then again, it could work out well, and more cheaply, as nearly every mobile phone now contains a camera.

Games are already in the works, including Crash Bandicoot and Super Monkey Ball.