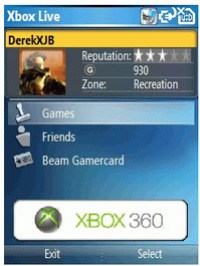 Live Anywhere arrived to a big fanfare when it was first revealed in early 2006, with demos – now clearly revealed as fantasy mock-ups – that showed gamers editing their Forza Motorsport 2 cars on mobiles, texting them over to friends, accessing their Xbox Live GamerTags on their phones and playing their Live Arcade game collections on a suitably powerful handset.

That, we now know, is a dream that didn’t happen. Not even a sniff of a beta. But it’s still on the cards – Microsoft’s Live supremo Jeff Bell recently confirmed that bringing Xbox Live to mobiles is still very much one of Microsoft’s future plans.

“Live Anywhere is not abandoned, it’s just not easy to do,” said Bell, when Kotaku asked where the hell this futuristic service has actually got to. So it’s very hard to do. But is still coming, when Microsoft either works out how to do it or hires some more intelligent developers.