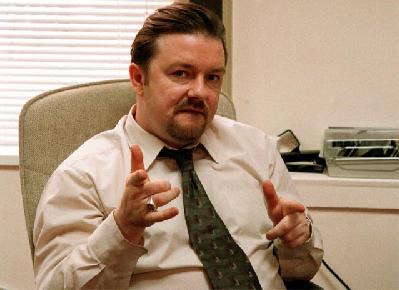 Just in case you need another reason to get absolutely zero sleep between now and 29th April, Ricky Gervais has let it slip that he appears in the comedy club in the forthcoming GTA IV.

In an interview with Shortlist, everyone’s favourite comic said he recorded his three-minute set with full motion capture lycra suit but it sounds like the Rockstar team may have kindly trimmed the odd wobble.

Gervais’s character appears elsewhere in the game but the exact location is a secret, for now. You’ll just have to find out for yourself.

Ricky isn’t the only superstar to appear in the new Liberty City epic. Fashion designer Karl Lagerfeld also makes his video game debut but you can put down those twitching baseball bats. Unfortunately, Karl will only be there in voice as DJ Karl on K109, the disco station.

Close you eyes, have a listen and just picture those polygon palm trees as you cruise along to the sunset in Liberty City. Beautiful.