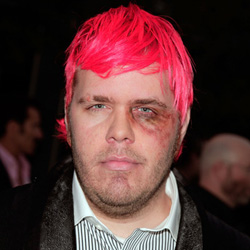 Perez Hilton has announced that all of Sony/BMG’s artists are “dead to him” in reaction to the label’s lawsuit against the celeb blogger.

The site will now be boycotting Celine Dion, Christina Aguilera, Jennifer Lopez, The Gossip, Adele, Justin Timberlake, and Whitney Houston among others.

“These are some of our favorite musicians, it really, truly pains us not to talk about them,” it said on PerezHilton.com. “Why should we help the company suing us make money?”

The lawsuit was brought by the label’s subsidiary, Zomba, back in October after the site streamed Britney Spears songs without permission. To be fair to PerezHilton.com, they did remove them as soon as they were warned but the company lawyers have been reluctant to let go.

As influential and effective as the blog may be, PerezHilton.com is a drop in the ocean as far as publicity is concerned and I’m sure the artists and them at Sony/BMG are crying into their money as we speak.

They won’t be sleeping well in their double-thick, money-stuffed mattresses tonight under their 1,000 dollar bill quilts and when they stare into their diamond encrusted mirrors in the morning, they’ll regret the day they ever crossed, err, what was his name again?