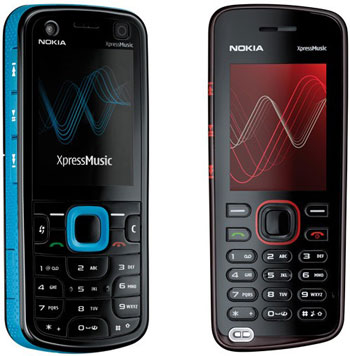 For every interesting handset it launches, Nokia tends to knock out between five and 10 non-descript phones. Like the 5320 and 5220 handsets for example.

Both are candybars and part of the XpressMusic range. The 3G HSDPA 5320 features dedicated music and N-Gage gaming keys, a 3.5-mm headphone jack, up to 24 hours of playback time and up to 8GB of expandable storage. There’s also a “Say and Play” voice controlled playlist, which does as it says and should be popular with schoolkids on the bus.