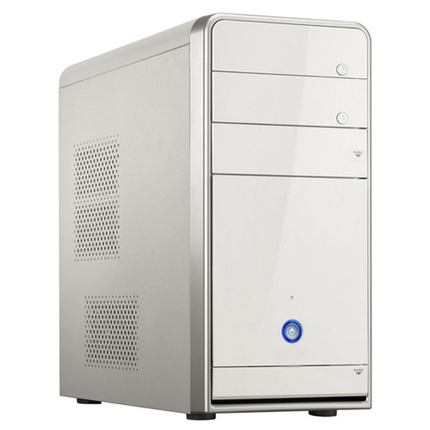 How would you like to buy a Mac for US$399.99? Well, it’s sort of a Mac. It’s called OpenMac, it’s made by Psystar and it’s essentially a PC, with PC parts, that runs like a Mac – only quicker.

OpenMac comes with a 2.2GHz Intel Core 2 Duo CPU, 250GB of hard drive space, 2GB of RAM, 4 USB ports and, most importantly, it can run OSX Leopard. You can even get an upgrade to an NVIDIA GeForce 8600GT graphics card for an extra US$110 so you can game on it too. How about them, Apple?

Now, this kind of “Hackintosh”, as they’re known, isn’t entirely new. There’s many a bod out there with a soldering iron and room full of chips who’ve done this kind of thing before. The difference here is that Psystar has got the balls to sell these right under Steve Jobs’ nose.

It’s hard to see where Psystar’s legal leg to stand on lies seeing as the Leopard user agreement quite clearly states:

“You agree not to install, use or run the Apple Software on any non-Apple-labeled computer, or to enable others to do so.”

Perhaps they’ve got 10,000 OpenMacs ready to go, a Swiss bank account and a hideout on the Moon but it’s hard to see how Apple aren’t going to be all over Psystar like a cheap suit.

Not only will Jobs & Co want to stop the undercutting but why not grab a little easy money while they’re at it and give their legal team something else to do other than play Minesweeper?

Even if Apple does let this pass – and God knows why they would – it’s worth noting that Leopard updates are not really possible for the OpenMac. We’re told that most updates are not not-safe but some are decidedly not safe. Confidence inspiring stuff.