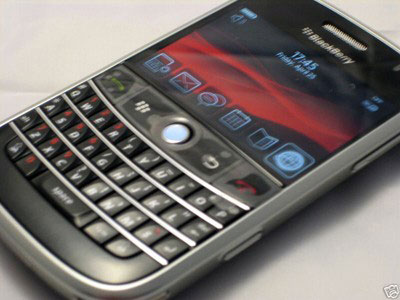 Now you see it, now you don’t – that was the case with the BlackBerry 9000 auction.

It was pulled before the official end time, but was up long enough for the sharp-eyed to glean some information. We already knew some basic facts, but the unlocked /ready to ship one on eBay also promised 3G, EDGE, Wi-Fi and Bluetooth, as well as an August launch date (it actually said August 2007, but we’ll put that down to a typo).

Finished units floating round could point to an official launch in the coming weeks – here’s hoping.