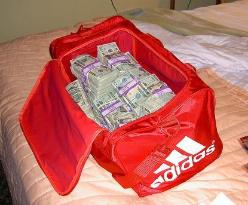 The temperature in Microsoft HQ is rising dramatically, with news that the company may end up borrowing money if they do indeed purchase Yahoo for $44.6billion.

Microsoft is reportedly considering shelling out $21billion of its own money, however doesn’t want to dip into any more of their cash resources, so has revealed they plan on borrowing the remaining money in the form of debt sold on the capital markets, shocking the business world as it’s generally considered they deposit their annual turnover into a bottomless pit.

But no matter where Microsoft raises the cash from, it’s not yet guaranteed Yahoo! will cave in to the considerable pressure, with the resignation of Yahoo!’s chairman, Terry Semel and current CEO Jerry Yang being opposed to the purchase. There are even rumours that Yahoo! might form an allegiance with Google, although this is of course just speculation for now.

Speculation which has been making the world turn slightly faster the past week, admittedly.