Is it a wall clock? An interactive work of art? A barometer of some sort? A doorbell? Fire alarm? The new Rubik puzzle that’s going to be the next big thing for Christmas of 2008? Or is it an ancient alien artefact just dug out of a hole on the surface of Mars by the Discovery rover? 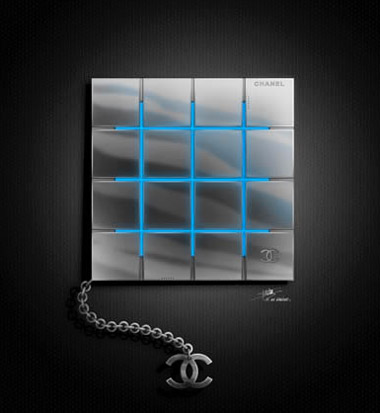 No. None of those! It’s a phone. It the Coco Chanel Phone, or some possible future Coco Chanel Phone, as conceptualised by Fred de Garilhe. It uses a fibre-optic system to make everything glow, plus it can transform into odd shapes. It’s really quite exceptionally futuristic.

There’s an image of it in “phone mode” after the jump: 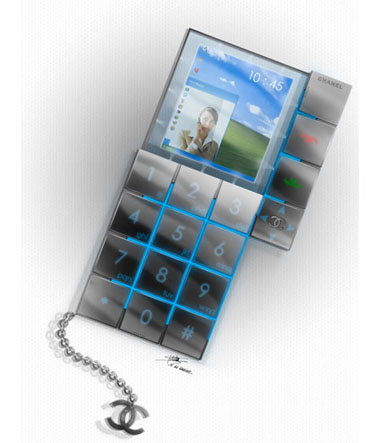 It’s rather nice. When our primitive human technology advances enough for it to be manufactured in bulk, we would quite like to have a go on one. Just a go. We’re not committing to buying anything before seeing how good its web browser is.