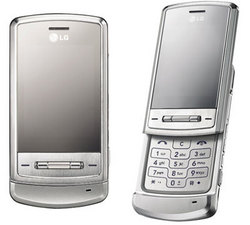 Here’s a nugget from my interview with LG’s Jeremy Newing that I thought was worth spinning off as a separate story. It seems it’ll only be a matter of months before LG releases the next phone in its Black Label series, following the Chocolate and Shine handsets (latter pictured).

“We have the third Black Label handset coming in May, which we can’t tell you about just yet,” he says. “And there’ll be the successor to Viewty, obviously, which has exceeded our expectations so far.”

Newing also said LG is keen to build on its momentum with the two previous Black Label handsets, with those who bought a Shine last year likely to be looking for an upgrade during the next six months. With that in mind, the third Black Label phone is guaranteed a keen reception.