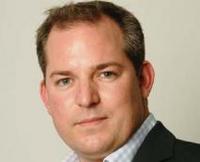 After launching the touchscreen-only Viewty and Prada phones, you might think LG is keen to kill off the humble mobile keypad. But it seems consumers have said ‘not so fast!’ to the company, with the result that LG is now including slide-out keypads into a number of its touchscreen phones.

“We did a lot of research into consumers’ reactions to touchscreen technology, and some are a little bit nervous,” Jeremy Newing, head of marketing for UK and Ireland at LG, told me yesterday. “People still want to have a keypad, whether it’s for texting or dialling numbers. So we’re doing that.”

He cites LG’s new KF600 phone as an example of this policy in action, with its slide-out keypad, but also the way it splits its display into a non-touchscreen main screen, and a touchscreen ‘InteractPad’ which has virtual buttons that change according to what you’re doing on the phone – texting, playing music, taking photos or whatever.

To me, this seems a sensible solution to the challenge of squeezing enough buttons onto a mobile to handle music, photography, video, games and whatever other functions might require dedicated buttons. LG also has another aim in mind though:

“We’re trying to provide very intuitive phones for the consumer that overcome this barrier of ‘I’ve already got a Nokia, and will continue to buy them because I know how it works’,” says Newing. “These phones are so intuitive, they almost think for you. As soon as you go to write a text message, the buttons change to suit that.”

LG is shifting its strategy in the UK, planning to launch more handsets a year, and a wider range – with more affordable models complementing its existing high-end devices.

Music is going to be a big deal for LG this year too, having announced its partnership with Omifone to make a MusicStation Max handset which includes unlimited music as part of the price.

“From our perspective, music is going to be fundamental,” says Newing. “Music and touchscreen go hand in hand. Sony Ericsson and Nokia are trying to develop their own music strategies, but our approach is different in that it’s not about taking revenue away from the mobile operators. We just want our consumers to have the best music opportunity in the market.”

What about the iPhone though? Newing says it’s been a good thing for LG, as the splash caused by Apple’s handset helped the Viewty to be pitched as a credible alternative. But it seems LG will be pushing its MusicStation Max phone as the true iPhone killer:

“If you are a really heavy music user on the iPhone, you could be paying £1,500 a year to access all that music. Our strategy is to have devices where that capability is built in, and for our consumers to have access to all music, not just tracks from certain labels.”

Newing confirms that LG will be making multiple MusicStation Max handsets, not just one. I wonder if this is an exclusive partnership, or whether Omnifone will also make MusicStation Max phones with other handset makers. One to watch…