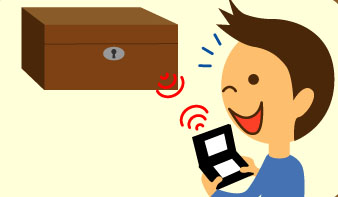 The combination of The Legend of Zelda: Phantom Hourglass and Advance Wars: Dark Conflict means my DS will be constantly to hand in the coming weeks. But in Japan, the hot new DS thing isn’t a standard game. It’s a groundbreaking ‘mixed reality’ treasure hunt created by Tokyo firm Rush Japan.

It’s taking place on the island of Enoshima, about 50km south of the Japanese capital, and is called ‘Treasure Quest: Enoshima – Treasure of the Dragon’. Participants receive a game to be played on their DS as they wander around the island looking for clues, which are found within the game, but also in the real world.

It sounds bonkers, but somehow brilliant at the same time. The treasure hunt is running every day from 10am to 4pm until 19th February, although you’ll need to read Japanese if you want to reserve a place on Rush Japan’s website.

Someone do this in London, making sure pubs are a big part of the action. It’d be genius.