Hopefully it isn’t necessary to explain to you the significance of SEGA’s Dreamcast. It was the best console ever, especially as Electronic Arts didn’t release any games for it so there was no FIFA/Madden/NHL to trudge through every year – just 100% SOLID GOLD SEGA and SEGA-approved arcade magic.

Anyway. One man has acquired an original copy of every Japanese Dreamcast game ever released. Which, to be fair, most gamers should’ve done themselves during the late 1990s and early 2000s.

But if you didn’t do your duty at the time – and therefore inadvertently contributed towards today’s dismal gaming scene – you can now make amends by buying every Japanese DC game in one bulk lot, for the never-to-be-repeated bargain price of $19,999.99. 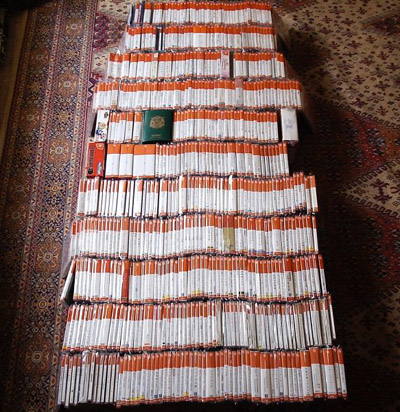 The seller of the collection says this:

See? THAT’S how much Dreamcast means to people. It’s not enough simply having every game, you have to have every game SEALED IN A PLASTIC BAG to avoid them getting dusty! We will never see its like again.

Related posts
eBay overflowing with cut-price HD DVD discs and players
Studies claim eBay users save billions of dollars each year – do you?
Sega tells Sony to cut the price of PS3