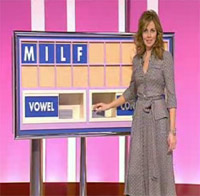 Some YouTube videos stay with you long after the first viewing. Sometimes because they have scarred and terrified you, other times because the sheer stupidity on display has lowered the bar further than previously thought possible.

Or sometimes it’s just because they’ve got Carl Vorderman wearing a leather skirt in them and you’ve got the house to yourself for half an hour.

Whatever the reason for it, these are the 10 YouTube classics we go back to time and time again, for endless free entertainment – and have even considered trying to work out how to save to our computer just in case YouTube ever breaks or closes, such is their ‘national treasure’ status.

2. ASIMO falling over. It’s the dramatic, “YOU WON’T BELIEVE WHAT YOU’RE ABOUT TO SEE!” build-up that makes this such a classic. Just imagine how much more money Honda would have now if it hadn’t bothered making a rubbish robot that can barely support its own weight. Just invest in anti-gravity technology instead, Honda, like the Daleks did for the new series of Doctor Who.

3. Johnny Chung Lee’s Wii head-tracker. 2.5 million views and good old Johnny Lee is still pulling in new fans with his awesome invention. It’s his genuine nature that’s the winner here – he doesn’t understand that we’re also sort of laughing at him while equally in awe of what he’s made.

4. ‘I can’t go back to savoury now’. Northern comic John Shuttleworth isn’t everyone’s idea of funny or even tolerable, but there’s no arguing with the dramatic key-change halfway through his epic ode to his wife’s shepherd’s pie and daughter’s fussy eating.

5. James Blunt singing ‘Triangle’ on Sesame Street. Is he being ironic? Or is his manager backstage with a cigarette lighter held to his recording contract and a gun to the head of whichever supermodel he’s currently taking out? And are five-year-old American children really Blunt’s target demographic? 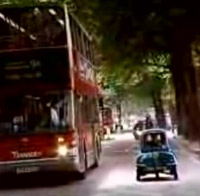 6. A big man in a small car. Everyone’s favourite Top Gear clip of recent years, even if you happen to think Clarkson’s the most objectionable oaf on the planet. Which he is. But putting something big into something small always yields pleasurable results.

7. William Shatner doing ‘Common People’ live. The greatest living actor sneers and spits through the greatest modern pop song, giving it added depth and meaning in the process. Has the power to move you to tears even on the 500th viewing, although we all know Shatner will never really understand what it means to live his life without meaning or control.

8. The BBC interviewing the wrong man about the music industry. A textbook “hilarious mishap” saw Guy Goma – in the office for an interview as an accountant – getting wheeled in front of the cameras, live, to talk about online music distribution developments. You can see he’s trying, but would clearly be more comfortable if the conversation switched to something like “Do I have to pay tax on freelance web design work?” (GMTV later interviewed him about the experience, and he’s now a proper internet celeb).

9. Miss South Carolina. Shows that she knows the names of some countries other than America, which is good, but never gets close to answering the actual question. She also foolishly failed to include the words “charity” and “helpless animals,” condemning her to defeat.

10. The Hasselhoff drunken burger incident. It’ll go cold if you keep taking the top off to adjust the salad, Dave.