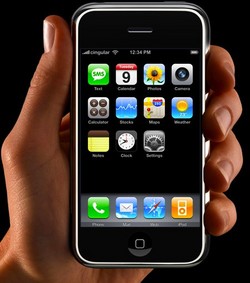 There was a big iPhone-shaped hole in Steve Jobs’ keynote speech at Macworld 2008 today. Much of the speculation in the run-up to the event focused around the likely announcement of a new model – either a beefed-up 16GB version, or the all-new 3G edition.

However, Steve Jobs announced neither. There were some new iPhone features, of course – WebClips, location mapping, and multi-person texting. But no new iPhones. Reactions will be mixed from Apple fans, mind. If you rushed out to buy a UK iPhone in November, you’ll probably be breathing a sigh of relief that your money wasn’t wasted a couple of months before a better version came out.

But for all those who’ve been holding out for the second-generation iPhone, the wait goes on, with only the MacBook Air for comfort. I reckon Steve’ll unleash new models around the time of the iPhone SDK launch next month…

Check out our Macworld 2008 Keynote Liveblog for the latest news